Why Do We Need Liposomal Glutathione? 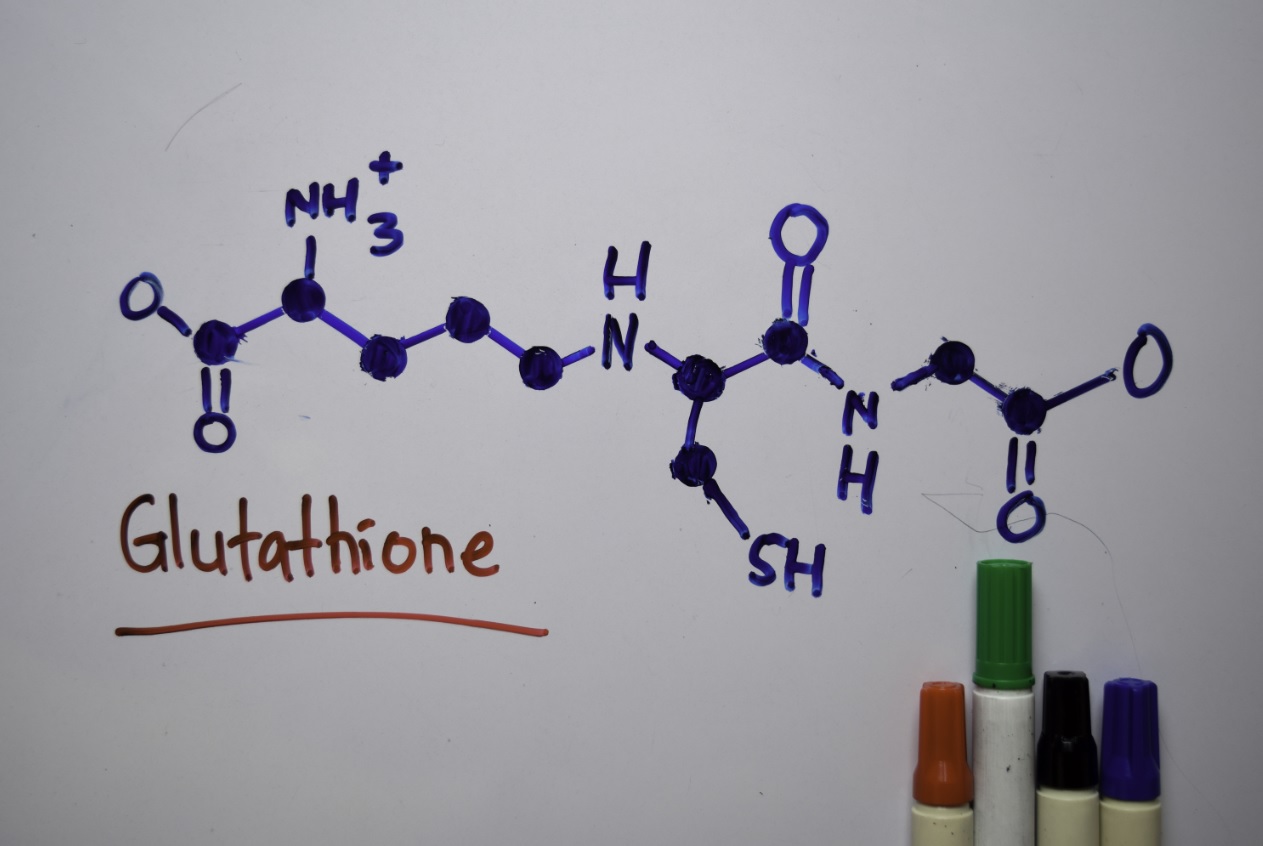 What is Liposomal Glutathione?

What Are the Benefits of Liposomal Glutathione?

Known as the master antioxidant, glutathione is the body’s primary mechanism for decreasing oxidative stress. Oxidative stress is the result of an imbalance of free radicals and antioxidants.  An excessive level of oxidative stress adversely impacts many body mechanisms, including energy production, cognitive function, immune function, inflammation & detoxification.  Glutathione also plays a role in recycling other antioxidants such as vitamin C and vitamin E.  Since glutathione contains cysteine, it also plays a role in transporting this amino acid throughout the body for different metabolic functions.

Detoxifying both endogenous and environmental toxins is another critical function of glutathione in the body. Because of its role in detoxification, high amounts of glutathione exist in the liver. Hepatocytes can have as much as ten times the amount of reduced or active glutathione (GSH) than other cells.1 What is not as well known is that the lungs also have a high amount of glutathione. Epithelial cells in the lining of the lung secrete glutathione which helps with gas exchange.2

The mitochondria are the producers of cellular energy or ATP in the body.  They are very susceptible to damage by free radicals.  Glutathione in its role as an antioxidant supports the mitochondria including the highly vulnerable mitochondria DNA from oxidative stress damage.3Therefore, glutathione has a role in maintaining energy production in the body.

One of the other functions not as well known about glutathione is its role in promoting healthy natural killer cell function.4 It also has a role in supporting T cell function.4  By increasing T cells, it increases the production of cytokines that support the immune system.  A recently published research study demonstrated that liposomal glutathione had a profound effect on natural killer cell function (the front line of the immune system)5.

Due to its critical roles in the body, glutathione is an essential nutrient for all of us.  Daily life with its ill-health, unhealthy lifestyle, exposure to environmental toxins, physical overexertion, physical & mental stress, as well as an overworked and underperforming immune system all elevate oxidative stress, increasing the need for glutathione. Glutathione levels also decrease as we age, with the largest decline taking place in the brain.7

The liver and lungs also require significant glutathione to perform their critical functions of detoxification and breathing.  As these organs are challenged, they may be the first dominoes to fall.  It makes sense if there is an excess of free radicals from a lack of glutathione that the liver and the lungs would be susceptible to damage from oxidative stress.

Why Take the Liposomal Form of Glutathione?

Initial research with oral glutathione, not in the liposomal form, did not show elevations in glutathione levels or decreases in oxidative stress markers.12 Glutathione easily changes from the reduced (the active form) to the oxidized form, so the thought was that it did not remain in the reduced form during absorption from the digestive tract.  Studies with transdermal forms did not show elevations of reduced glutathione either.13  Oral liposomal glutathione, on the other hand, has been shown in multiple studies to increase reduced glutathione in the blood and to decrease oxidative stress markers.5,13  The most common concern with oral glutathione is whether it is actually absorbed intracellularly (within the cell).

The study showed significant increases in intracellular glutathione levels after just 2 weeks of use, as well as demonstrating its ability to support healthy NK cell function and oxidative stress levels.*¹

Are There Any Risks to Taking Liposomal Glutathione?

Glutathione is a natural substance that your body makes, and has been shown to be safe.  Some people may experience stomach upset with higher doses.  Because of genetics, some people with certain genetic snips may have sensitivities to it and may need to begin with very small doses.

Glutathione is a critical antioxidant in our body and has multiple functions ranging from supporting mitochondrial health to immune support.  Oxidative stress caused by physical/emotional stress, strenuous exercise, exposures to environmental toxins, and immune stress can all cause an increase in free radicals which may cause oxidative stress and deplete glutathione. Due to the importance of glutathione and the substantial variances in quality and efficacy between available forms, it is important for patients to work with an integrative practitioner who may provide guidance on getting the most from your glutathione supplement.  Taking a high-quality clinically researched liposomal glutathione can increase glutathione levels in the body and help support your overall health.