Why should I be concerned about mold and mycotoxins?

What are molds and mycotoxins? 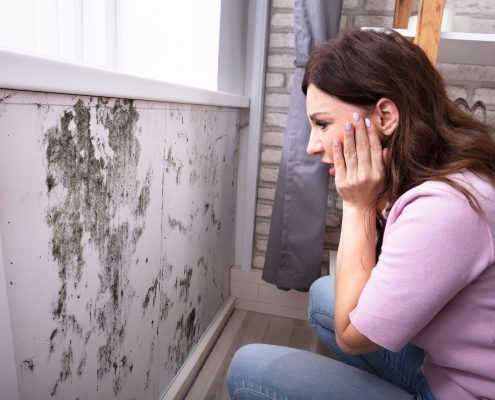 How do molds and mycotoxins affect my health?

Molds are a health concern primarily because of the mycotoxins they produce, which cause many adverse health issues. The initial impact is often within the gut microbiome, where mycotoxins are known to decrease beneficial bacteria and increase gut pathogens. Because the intestinal microbiome plays a significant role in immune function, this dysbiosis is a first step to developing immune imbalance and inflammation.[3] Mold illness caused by mycotoxins can present many different symptoms. It can mimic neurologic disorders such as chronic pain, movement disorders, mood disturbance, and even dementia.[4] Dr. Shoemaker was one of the first practitioners to address mycotoxins and described it as a syndrome with a severe inflammatory response, calling it Chronic Inflammatory Response Syndrome (CIRS).[5]

How do I test for mold and mycotoxins in my body?

Typically, practitioners use urine mycotoxin testing.[6] Many reputable companies offer tests to measure common mycotoxins such as ochratoxins and aflatoxins. Modern blood testing is also being used to identify mold illness. It is important to note that when a patient undergoes treatment for mycotoxins, test results may initially indicate an increase of mycotoxins as the body begins the process of eliminating them. Because this is a relatively new field, advances in diagnostics are continuous.

A person with CIRS often has specific laboratory markers that indicate inflammation, immune system dysregulation, and hormone dysregulation. Dr. Shoemaker developed this list of markers to help diagnose and follow the treatment of patients with mold and water damaged building related illnesses.

How do I know if there is mold in my house or workplace?

Removing mold from the home or office space is critical for a person to recover from mold illness. The mold must be removed from the building, or the person with mold illness will continue to be exposed, causing ongoing symptoms.

There are professional organizations that will inspect the home for mold and put down testing plates. Do-it-yourself mold testing kits are also available.

How does the body get rid of mycotoxins?

The process of natural elimination of mycotoxins is through the digestive tract. The body releases bile salts that bind to the mycotoxins to carry them out of the body in a process known as enterohepatic circulation. Unfortunately, there can be challenges with this process. The body works to conserve bile salts by reabsorbing some of them back to the liver instead of excreting them through the digestive process. When the bile salts that are bound to the mycotoxins are reabsorbed, the mycotoxins are also reabsorbed and are thus the cycle repeats. To ensure the process of enterohepatic circulation does not allow absorption of mycotoxins, many practitioners will utilize binders (also called adsorbents). These substances, when ingested, bind to the mycotoxins in the intestines, and are excreted from the body.[7]

Our collective awareness of mold exposure from water-damaged buildings has increased dramatically. We now know that a percentage of people exposed to mold will have significant immune and inflammatory reactions from mycotoxins released by molds. These mycotoxins can lead to a cascade of health issues, impacting potentially every system in the body. Fortunately, we now have tests to check for mycotoxins within the body.

For practitioners interested in industry resources for mycotoxin illness, please visit The International Society for Environmentally Acquired Illness. ISEAI is a 501(c)(3) nonprofit professional medical society that aims to raise awareness of the environmental causes of inflammatory illnesses and to support the recovery of individuals affected by these illnesses through the integration of clinical practice, education, and research.